In the industrially relevant lactic acid bacterium Lactobacillus casei, the preferential utilization of carbon sources is controlled by the mechanism of carbon catabolite repression (CCR). As in other low-G+C gram-positive bacteria, CCR takes place through the binding of a transcriptional repressor, CcpA, to an operator called cre (catabolite responsive element) [1]. CcpA binding to cre sequences is enhanced by its correpressor HPr-ser46-P which links CCR to the sugar transport process via the phosphoenolpyruvate dependent phosphotransferase transport system (PTS) [2]. 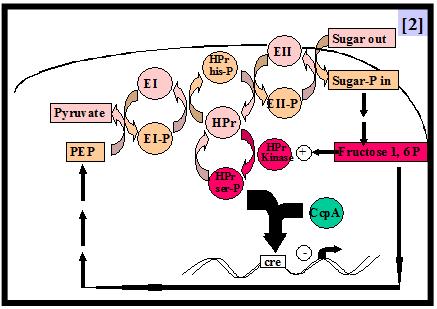 It was our aim to characterize this protein-DNA interaction by Surface Plasmon Resonance (SPR) in a BiaCore XTM instrument [3, 4]. 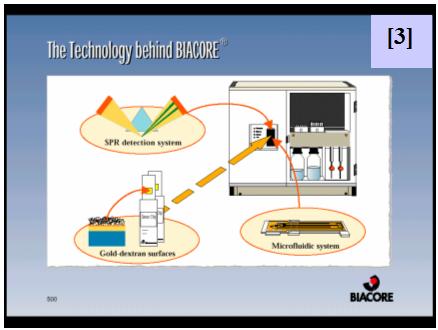 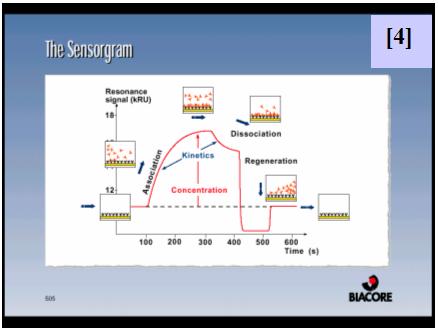 For this purpose, CcpA was overexpressed and purified both with an N-terminal poly-histidine tag and without this tag. HPr was overexpressed, purified and in vitro phosphorylated.  A synthetic biotinylated double stranded oligonucleotide containing the cre sequence present in the promoter of the lac operon of L. casei was immobilized on a streptavidin sensor chip. SPR experiments were performed flowing a range of CcpA (with [5] and without his tag [6]) concentrations over the chip in the presence and absence (not shown) of saturating amounts of HPr-ser46-P. The experimental parameters for data acquisition were optimized. Equilibrium and semiquantitative kinetic analysis allowed the calculation of KD [7,8] and estimation of the kinetic association [9] and dissociation [10] rate constants for protein-DNA interaction. Since the instrument used has technical limitations to measure very fast association and dissociation events, rate constants can not be accurately calculated but can be estimated in the range of 106-107 (M-1 s-1) for ka and 100-10-1 (s-1) for kd. 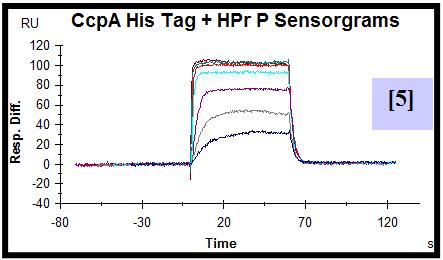 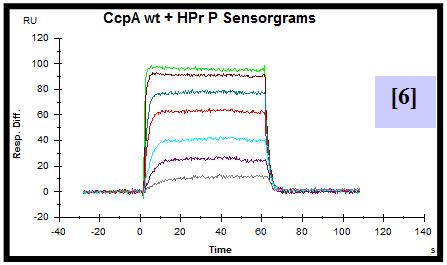 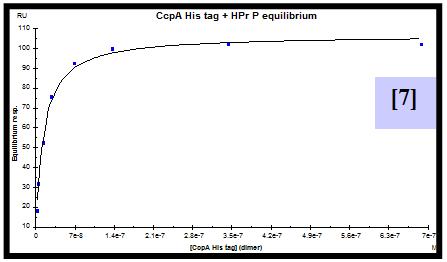 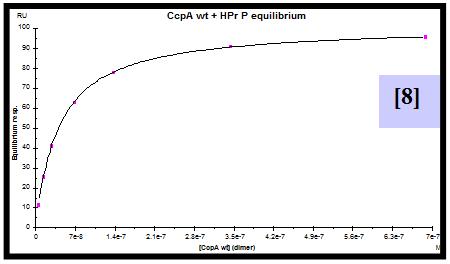